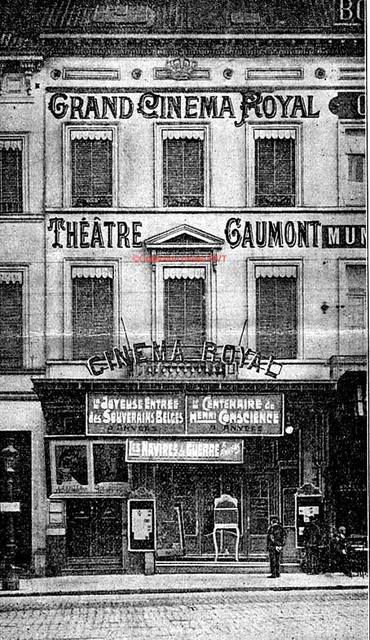 This cinema was located in the Avenue Marnix near the Porte de Namur well known for the Bank Lambert, later Banque Bruxelles Lambert. The cinema was in activity from 1912 to 1927, it was also known as Grand Cinema Royal Theatre Gaumont because at that time part under the direction of Gaumont. Many thanks to Raymond van Thournhout for further informations and also the photography.