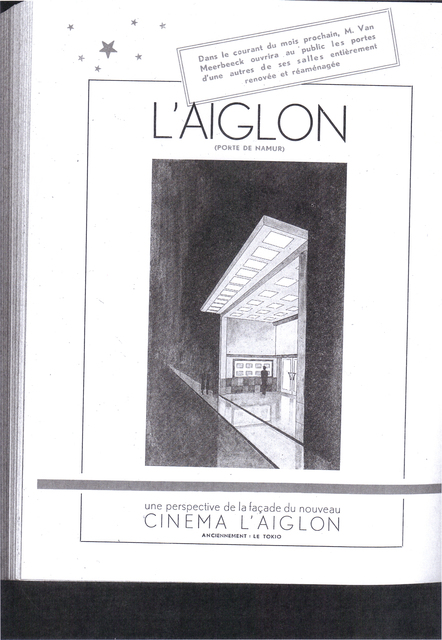 Opened before World War I under the name Cinema Ixellois, it became Tokyo Cinema in the 1930’s with a programming of westerns, B movies, Laurel & Hardy.

In the mid-1950’s it changed name and became Aiglon Cinema under the direction of Mr van Meerbeek. The style of programming also changed to reflect the taste of the Porte de Namur district, which was more intelectual due to the Cinema Vendome. The Avenue Louise, liked Italian Neo-Realism or French Neu-Wave, like Jean Luc Godart’s “Breathless” (Bout de Souffle). The Aiglon Cinema continued through the 1970’s and closed in the early-1980’s. One of the last films shown there was Martin Scorsese’s “The Last Waltz”.