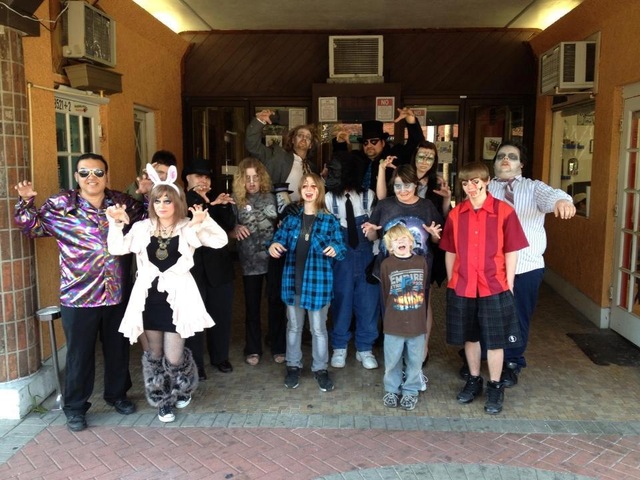 The theatre was built by lumber magnate and former mayor I.A. Krusen. It opened in 1948 and was billed as one of the most modern movie theaters in the South, with comfortable seats, a wide stage and a glass-enclosed "crying room" for cranky babies.

It was closed in 2007, and was available for rent. There are two retail spaces on the ground floor and apartments on the second.

The theater has been known as the Home Theatre since at least the 1970s. It has reopened and shows movies for $3.

Thanks MajorMajor Home Theatre is much easier to say than Zephyrhills anyway.

Haha. Everyone down here pronounces it “Zef-free-hills.”

Here is a picture from circa 1944. This was found on the Pasco County, Florida history website.

I was able to check this place out back in December. Apparently it’s a twin theater. Admission was $3. It appears to be owned by the same people that own the Cinema 10 in town. The interior was pretty no-frills, but it still retained that small-town theater feel to it. The movie I saw was in the original auditorium. The seats were pretty comfortable and the screen seemed bigger than some of the multiplexes in Tampa. My only complaints were that the projection seemed slightly dark and that they don’t heat the auditorium. Pasco County had a freeze warning that night and I could see my breath inside! I didn’t get to check out the other auditorium, but I can only assume that they expanded into a neighboring building.

Called saving money on the bulb in the projector and heating costs.Mom and pop operations seem to have these problems.

I beleive this is listed in the current issue of Boxoffice for sale.

We are open from tuesday through saturday and once a month on sundays.