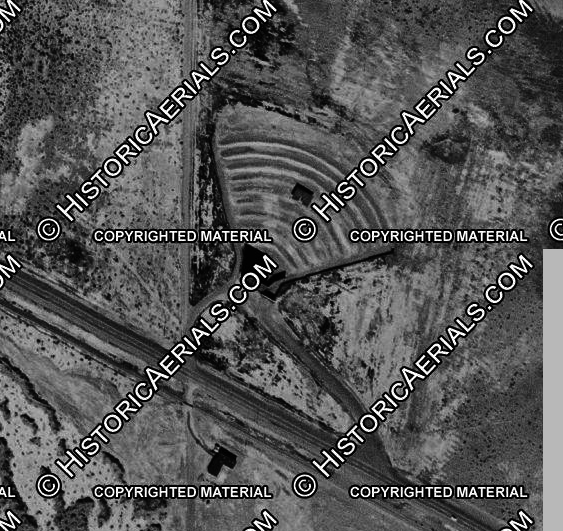 The Ski-Hi Drive-In opened on June 1st, 1950 with George Montgomery in “Belle Starr’s Daughter”. It was owned by Murphy Theaters. By 1953 it was operated by Gibraltar Enterprises Inc. The drive-in closed in was closed on September 5, 1996 with Shelley Long in “A Very Brady Sequel”. At that time Fran Eigenberg, owner of Murphy Theaters had it demolished and built the Ski-Hi Six Theater (indoor) on the site which is in operation today.

Some ramps are still visible but that’s it…everything else has been demolished.

According to the Alamosa Daily Courier, over 1000 cars showed up for the Ski-Hi’s grand opening on Thurs., June 1, 1950, and the Colorado Highway Patrol had to be called to regulate traffic as hundreds were turned away. Many parked on the shoulders to watch the fireworks display, which probably followed the drive-in’s first movie, “Belle Starr’s Daughter” starring George Montgomery.