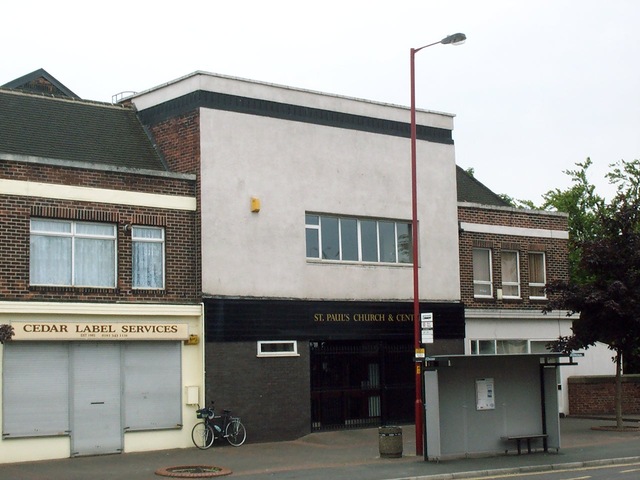 This was planned to be the Verona Cinema, a project of local builders; P. Hamer, Verona Cinema (Guide Bridge) Ltd. It is located in the Guide Bridge district of Ashton-Under-Lyne. The construction of the cinema was almost completed when P. Hamer sold the building to Oscar Deutsch and it opened as one of his Odeon theatres. P. Hamer then used the proceeds of the sale to build the Roxy Cinema, Holinwood, which was also designed by architectural firm Drury & Gomersall.

Opening date of the Odeon Theatre was 29th June 1936, when the first programme was Bing Crosby in "Anything Goes" and Harold Lloyd in "The Milky Way". Designed by the noted cinema architectural firm of Drury & Gomersall, the frontage had a neat entrance in brick, with white stone facings on the window surrounds. There was a parade of shop units on each side of the entrance which had matching brickwork and a white stone trim. Inside the auditorium the seating was arranged for 834 in the stalls and 330 in the circle. The side splay walls on each side of the proscenium was decorated in wide horizontal bands, and topped with a backlit illuminated grille.

The Odeon was closed by the Rank Organisation on 11th March 1961 with Kenneth More in "Man in the Moon".

It was converted into St. Paul’s Roman Catholic Church. Former cinemas have made good conversions to churches and the fabric of the buildings are generally respected. In this case though, the sad story is that the front entrance has been rendered over and inside all details of it cinematic past have been erased. You would never know you were inside what had been been an Art Deco styled building. In 2010 the church moved out and by 2019 the adjacent property and the former cinema are in used by Delivered Time Ltd. a property lettings company.

Here is a current photograph of the former Odeon, Guide Bridge:
View link