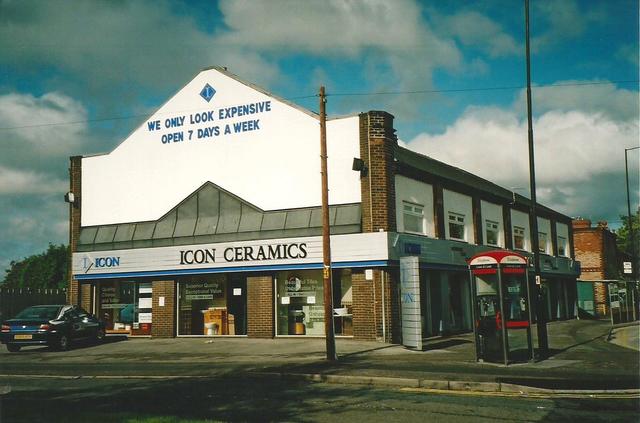 In the west Manchester suburb of Audenshaw, at the junction of Denton Road and Stamford Road, the Stamford Cinema is not listed in the 1914 Kinematograph Year Book (KYB), but it does appear in the 1927 edition.

No proprietor is shown in that edition, but the 1932 KYB lists L. Bailey of Manchester as the owner. At that time, the cinema had 650 seats and had been equipped with an Electrocord sound system.

Another source states that “it changed hands for the first time” on 18th August 1941, when “Military Academy” starring Tommy Kelly and Bobby Jordan was playing, suggesting that Mr Bailey was the original owner. Unfortunately, that source doesn’t say who had acquired the cinema but, by the 1953 KYB, the owner was Wilbrook Amusement Company Ltd. The cinema had 530 seats by then and had been equipped with a British Acoustic(BA) sound sytem which was later replaced by a RCA sound system.

Indeed, that source says “The Stamford” (as opposed to the New Stamford) closed on 1st June 1957 with “Serenade”, starring Mario Lanza.

The façade was rebuilt and the building became a car showroom. More recently it has been home to a supplier of ceramic tiles.