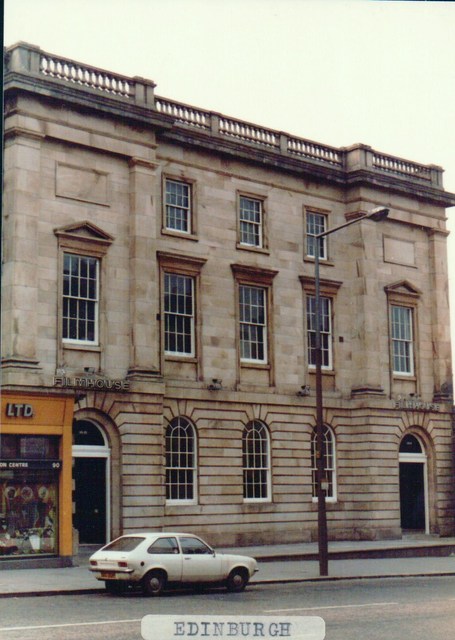 This building originally opened in 1831 as a United Free Church. Designed by architect William Burn, it was re-modeled in 1893 by MacGibbon & Ross. Later known as St. Thomas Church(Church of Scotland).

In 1981 architectural firm Waters Jamieson Partnership converted the building into a 3-screen cinema which opened as the Filmhouse. Seating capacities are provided for 280, 97 and 73.

It is the official home of the Edinburgh Film Festival.

On 14th December 1970, Historic Scotland designated the Filmhouse a Grade B Listed building.

Photos of the Filmhouse from October 2011