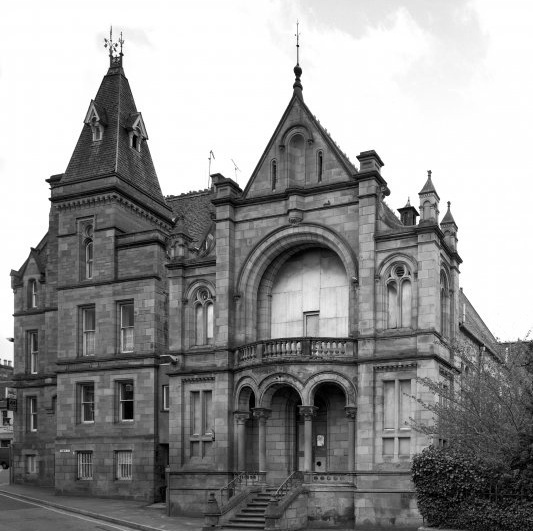 Built as a Town Hall in 1874-76,in a Renaissance style. The architect was Andrew Maitland and Sons.

It became the Town Hall Cinema in the 1920’s and the proscenium was 17 feet wide. This name continued until by 1937, when it was re-named Picture Palace, with films booked by A.B. King. In 1939 it was the Picture House, bookings still by A.B. King. In 1954 it was being operated by Caledonian Associated Cinemas Ltd. and Cinemascope was installed, the proscenium was now 21 feet wide, perhaps brought forward of the original one.

The Picture House had gone from listings in the late 1960’s. There were efforts is recent years by the Tain Picture House Restoration Trust to restore the building, but these seem to have stalled.

This YouTube video includes footage taken inside of what the Picture House.