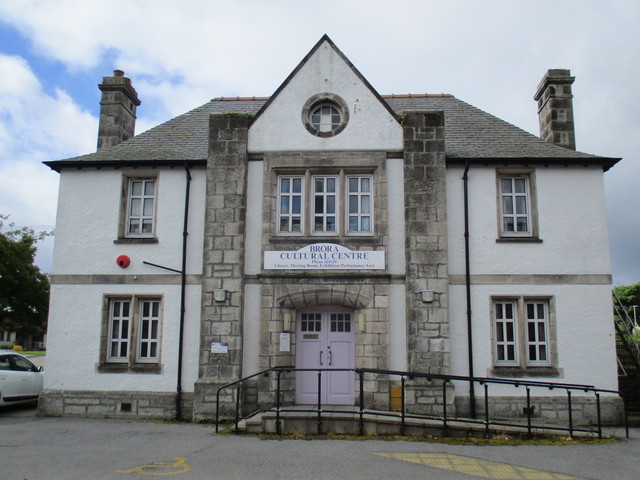 Located in the coastal town of Brora, Sutherland, the Drill Hall was apparently erected just before World War I, a replacement for a hall situated 50 metres to the north. In 1914 the building was designated as drill station for “F” Squadron, 2nd Lovat’s Scouts and as base for “D” Company, 5th battalion, Seaforth Highlanders.

In more recent years it has been used as a training base for the Territorial Army, a dance hall and a cinema. The 1940 Kinematograph Year Book lists only “Drill Hall”, with no further details. More information is provided in the 1953 edition, which again refers to “Drill Hall” but adds that it was owned by Clyne Amenities Association and had one show only on Friday and Saturday evenings, plus a Saturday matinee. It is assumed that the building was always used for other purposes, in addition to the cinema, but a precise chronology has not been determined. It was still opened in 1954, but had closed by 1963 when the town had a cinema operating as the Brora Cinema in the High School with 252 seats.

The Drill Hall Cinema building is now the Brora Cultural Centre, which includes a library, a meeting room and a performance/exhibition area, possibly the space formerly occupied by the cinema. (Unfortunately, the Centre was closed when I visited the town, and I have not received a reply to an e-mail requesting further information.)