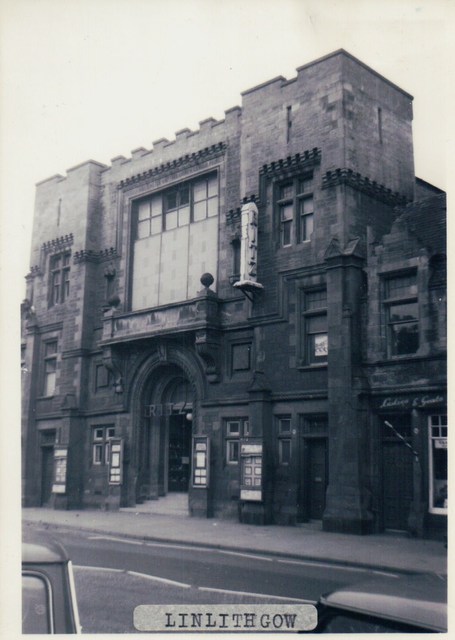 Built in 1886 as the Victoria Hall. The facade of the building is an attractive castle-like, Gothic style structure, with a square tower on each side and a very narrow centrally placed entrance.

By 1937 it is listed as the 1,000 seat Empire Cinema, operated by Scott’s Empire’s Ltd., a subsidiary company of Caledonian Associated Cinemas Ltd. By 1944, the seating capacity had been reduced to 566, possibly with some re-building of the auditorium. By 1961 it had been re-named the Ritz Cinema had 649 seats and a proscenium 29.6 feet wide. The Ritz Cinema was closed by Scott’s Empire’s Ltd. in early 1972.

It became an amusement arcade for many years and in February 1991 was threatened with demolition.

It still stands today(2008) but is unused and is listed on the Buildings At Risk Register.