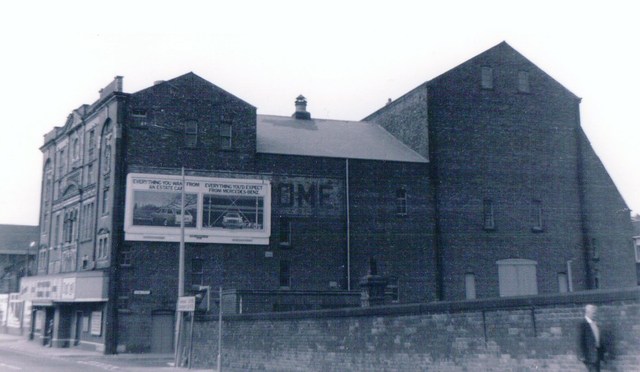 In the early Edwardian era a fine theatre was opened on 1st June 1903. Located on Corporation Street at the junction with Shaw Street, it was the Empire Palace of Varieties. It was built for a consortium of businessmen, one of whom was Thomas Barrasford, who operated many music halls around the country. It had been designed by local architect J. A. Baron and was on the site of an earlier theatre known as the Peoples Palace. It had two balconies, a range of stage boxes and a capacity of 2,300 was claimed, although such boasts were often exaggerated. It later was renamed the Hippodrome Theatre and films were regularly shown as part of the variety programme.

Although no photographs seem to have survived there is a full list of the contractors involved with the construction:-

In 1937, the auditorium was reconstructed as a cinema by an unknown architect, reducing the two balconies to one and the capacity to 900. It was then operated as the New Hippodrome Cinema from 8th August 1938 when it reopened with Anna Neagle in “Victoria the Great”. In 1956 the proscenium was widened to 43 feet (from 25 feet) for CinemaScope and the capacity further reduced to 700. The stage was 35 feet deep and there were 14 dressing rooms. Oddly however the Edwardian ceiling was retained with its central dome and plasterwork and can still be seen today.

Photographs of the Hippodrome, taken in 1996, can be seen here:–