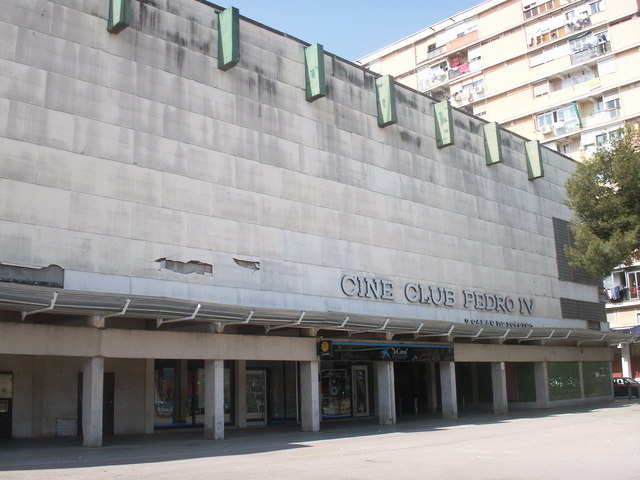 Located to the north-east of the city centre, close to the Metro station Besos Mar. The Cine Club Pedro IV is a modern twin-screen cinema. It opened on 3rd March 1992 with Michael Douglas and Melanie Griffith in "Shining Through" and Bruce Willis in "The Last Boy Scout".

It is a ‘stand alone’ building, with a bank on the ground floor and the cinema located on the first floor. The entrance is at street level, in a passage beneath the cinema. Seating was provided for 396 and 354 in the two screens, and decorations were carried out by interior designer Antoni Bonamusa for the owners, the Balana group.

The Cine Pedro IV was equipped with the latest projection and sound equipment. Unfortunately, the location was not ideal, as it became a crime ridden area and the cinema was closed by Balana in the early 2000’s.