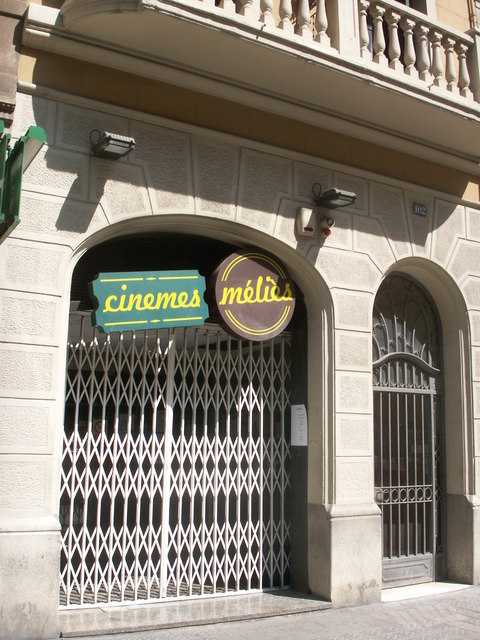 Located in the L'Eixample district of central Barcelona, close to the University of Barcelona. The Cines Melies is a fairly recent addition to the art house cinemas of the city, opening on 20th December 1996. The two screens seat 166 and 127.

It screens mainly older art house and experimental films with regular programme changes. Apparently it is one of the ‘hippest’ cinemas in the city and is never too packed.

On 2nd June 2011 it suffered damage from a fire. Repairs were carried out and it reopened in January 2012.