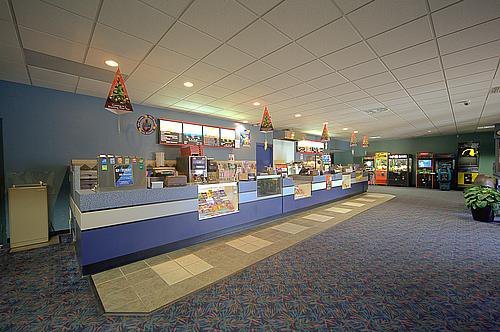 Given the probable lack of safaris in Minnesota, I would be curious to know the origin of this theater’s name. It was decorated in an African safari theme.

I think those are second run films on the theater site, i.e. Alvin & the Chipmunks. The function should be changed accordingly.

A few pictures of the Safari 1&2 illustrate this article in Boxoffice, June 30, 1975. The Safari had 850 seats, divided 550 and 300. Originally operated by the State Theatre Company, the Safari was the first new hardtop built in Moorhead in 30 years. The African safari theme was the notion of State Theatres head Dan Peterson, and the design was carried out by decorator Jerry Arness. Boxoffice did not give the name of the architect.