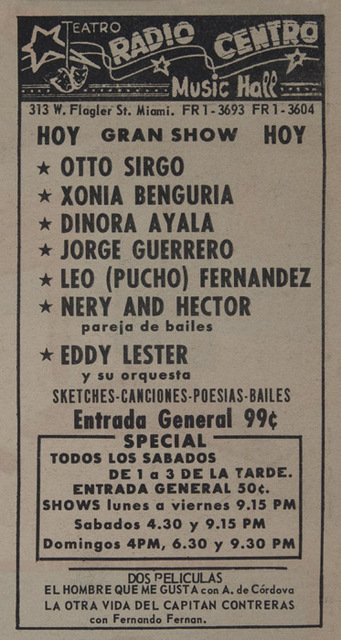 Located on W. Flager Street at N.W. Third Avenue. Paramount Enterprises Inc. opened the Flagler Theater on October 28, 1926 with Eddie Cantor in “Kid Boots”. Seating was provided for 1,100 and it was equipped with a Wurlitzer theatre organ. By 1950 it was operated by Bailey Theaters chain as an African-American theatre. One of the earliest Spanish-language houses in Miami, the Flagler Theater often ran live shows with well known acts from Latin America and Spain. It was renamed Teatro Radio Center in late-April 1963.

This theatre was a casualty of the 1-95 expressway.

Unrelated to this theater, but I remember a theater in the area of Flagler and Le Jeune. I saw a special rerelease of “The Exorcist” around 1982. I could be wrong about the intersection. It was an older theater with a nice marquee. It showed special releases by the 80s, I think, and was a bit run down.

I seem to remember it being near the big gray Florida Power & Light (??) building, that was once lighted in bright colors. Whatever the intersection, it was on the NW corner.

Ripshin, could you be thinking of the Trail on 37th Avenue and 8th Street?

That MUST be it! I was at UM at the time I saw the film, but a year later, moved just three blocks south of this theater, on Douglas. Never went back again. It’s very possible I saw a Spanish-subtitled version of the film, and the reason I never returned. It’s the NW corner, and I remember parking behind the auditorium, with the screen at the west end. Thanks for the suggestion – makes total sense.

This Flagler/Radio Centro must have been torn down for the I-95 expressway.

Ripshin, the Trail is still there and is now a Latin Quarter Cultural Center presenting spanish language plays.

I saw “Milagro a los Cobardes” (1962) there with Ruth Roman and Javier Escrivá. I don’t know whether Ruth Roman spoke Spanish or her character’s voice was dubbed.

That ad shows a Franklin Miami number, this ad is from the early 60’s, and not past 1965. The named extensions died in the mid 60s as far as advertising goes.

I believe I was told by a local historian that a young Fidel Castro once made a fundraising speech here before taking over Cuba. 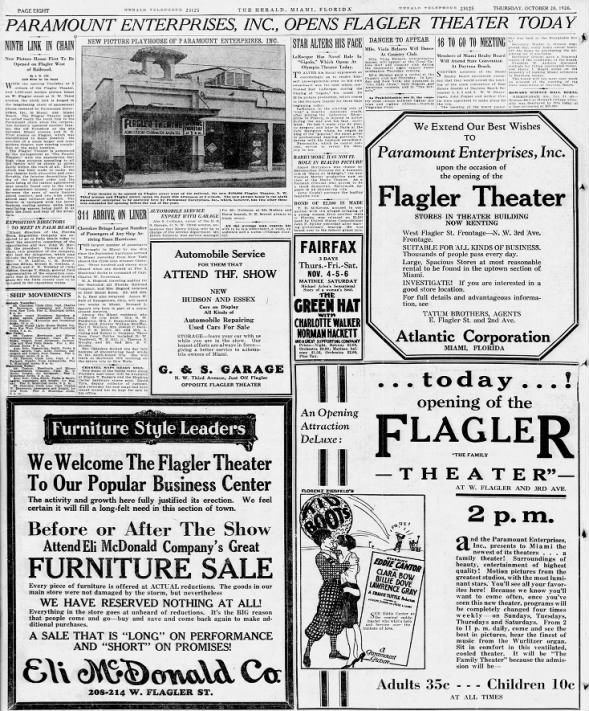 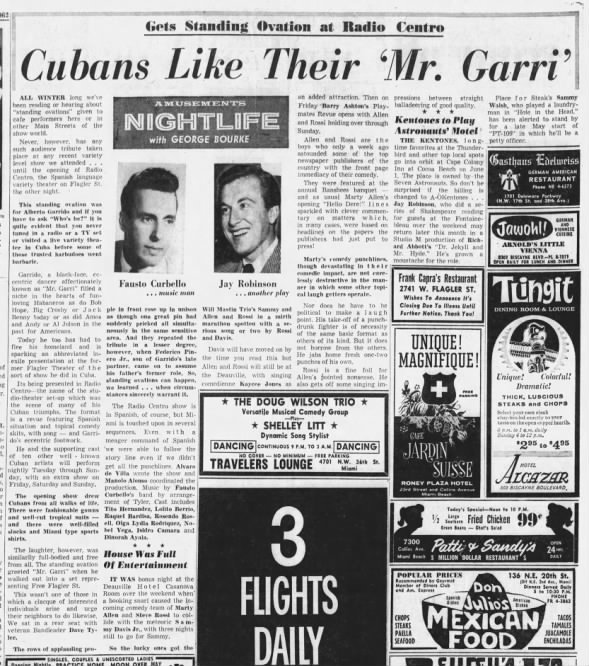