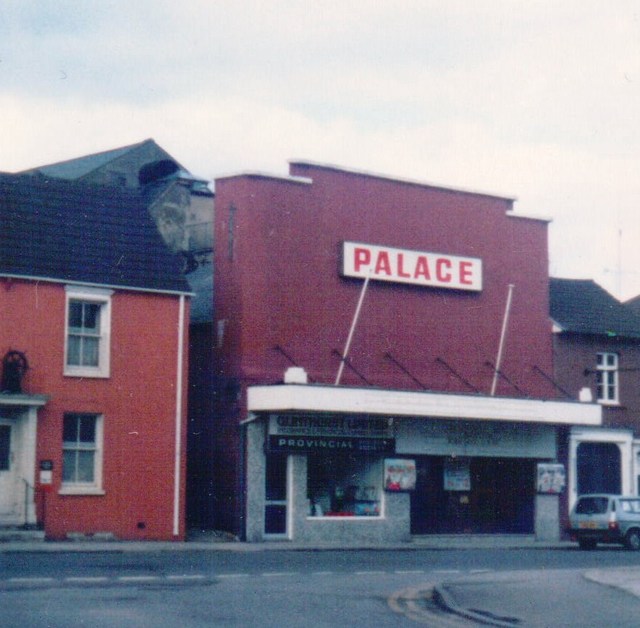 Located in Alton, Hampshire on Normandy Street, opposite the Congregational Church. The Alton Picture Theatre opened on 18th December 1912 with 440 seats. It had a semi-circular brick façade which was faced in Bath Stone. The proscenium was described as being ‘highly ornamental and in a very attractive design’. There were two large dressing rooms. It was designed by Portsmouth based architect Bates White. It has always been independently operated. It was re-named Palace Cinema around 1929. Equipped for ‘talkies in March 1931, the first sound film screened was John Boles in “The Desert Song”. It was closed on 8th February 1937 for rebuilding.

Plans had been drawn by architect Robin A. Thomas in an Art Deco style. It re-opened on 18th June 1937 with Shirley Temple in “Poor little Rich Girl”. A balcony had been added which increased the seating capacity to 620.

It closed again for further modernisation and redecoration in February 1969, reopening on 1st March 1969 with Julie Andrews in “Thoroughly Modern Millie” as the New Palace Cinema but quite soon afterwards the ‘New’ was dropped from the name. On 11th April 1969 it went over to part-time film and bingo use. The Palace Cinema closed as a cinema on 28th November 1984 and the building then began use as a bingo club, ballroom & disco with some wrestling matches too, plus ocassional films at holiday times.

It was taken over by new owners in 1988 and the circle was extended forward to the proscenium opening. It re-opened with a bingo club operating in the former stalls and a 111 seat cinema in the former circle. Initially the cinema only opened four nights a week, but by 1990 it was operating seven nights a week. Renovations were carried out in late-1999 which included enhancing some of the original fittings and re-furbishing the auditorium.

In 2003 a second screen seating 60, was added in some unused space in the former rear stalls area. It opened on 26th December 200 with Kyle Minogue in “The Delinquents”. Bingo continued in the former front stalls. In late-2014 planning permission was granted to demolish the by-then unused bingo club and build four two-bedroom flats with car parking at the rear of the building. The twin screen cinema continues, now equipped with digital projection.

The stalls area is split into two.Screen 2 occupies the rear part, with a much reduced bingo operation in the front.Access to the bingo area is down the side of Screen 2.