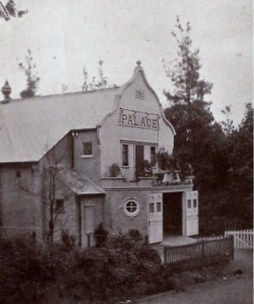 Located in Bordon, Hampshire. The Electric Palace Cinema was opened prior to 1914.

The Palace Cinema was closed at the end of 1973. By the mid-1970’s it had re-opened playing films on four days a week, with bingo operating on the other three days. This continued until the 1980’s, when it was closed.

The building stood unused for several years, and then opened as the Majestic Snooker Club, after having a new facade fitted.