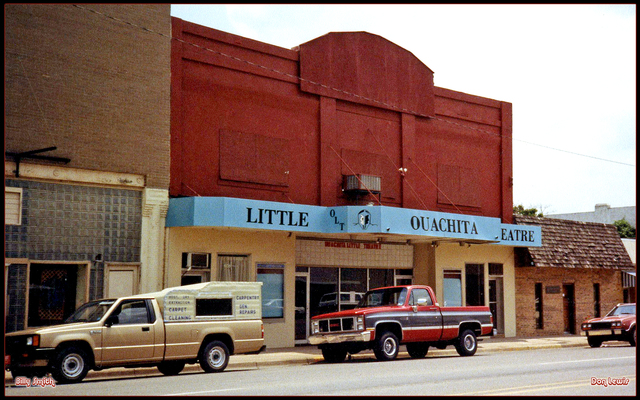 According to the Ouachita Little Theater website the Lyric had a colorful past and originally opened in 1909. The Ouachita now occupies the building where the Lyric opened in 1923 after a fire the year before in 1922. It started out showing silent movies and in 1930 was equipped with sound. "Say It With Songs" starring Al Jolson was the first talkie shown there.

A 1987 view the former Lyric Theater building in Mena.