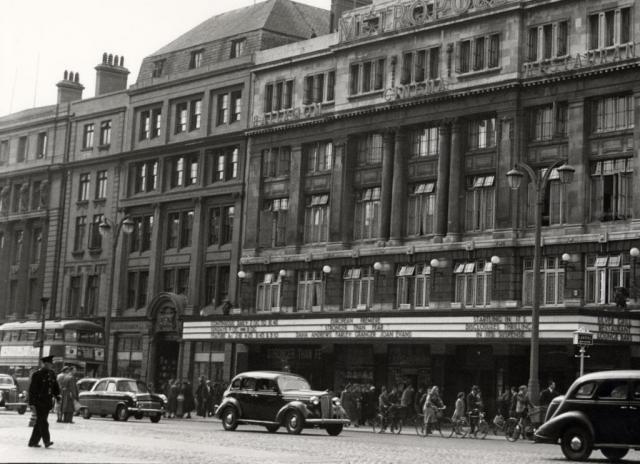 The five story building was erected on the site of the Metropole Hotel which had closed in 1916. It included shops,a restaurant and dance hall and was designed by architect Aubrey V. O'Rourke. The cinema opened on 9th February 1922 with “Peck’s Bad Boy. The auditorium was surrounded by Corinthian columns at grand circle level and the ceiling dome was decorated with scenes from Shakespear’s plays. It had a 30 feet wide proscenium.

The Metropole Cinema was taken over by the Rank Organisation in the 1950’s and had long runs of “Doctor Zhivago”, “Mary Poppins” and “Lawrence of Arabia”. It was closed on 11th March 1972 and the building was sold to British Home Stores, together with its neighbour, the Capitol Cinema on North Prince’s Street. BHS demolished both cinemas and built a new department store on the site. The site is now occupied by a Penneys department store.