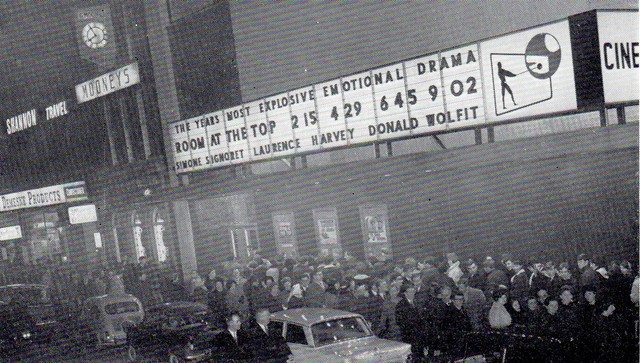 Located in the north city centre. The Corinthian Picture Theatre was opened on 8th August 1921 with “Torn Sails”. It had seating provided for 700 all on a single floor. The building was designed in a Neo-Classical style by architect Thomas Francis McNamara. In the late-1920’s it was remodelled and a balcony was added giving a total seating capacity of 841.

In 1946 it was sold to the Rank Organisation, and in 1956 was re-named New Corinthian Cinema, eventually loosing much of its original decoration.

In 1975 it was closed to be twinned, to the pans of architectural firm Henry J. Lyons & Partners. The former balcony became Screen 1 with 200 seats and the former stalls became Screen 2 with 323 seats. It re-opened as the Odeon 2 on 17th October 1975.

It was converted into a conference centre, then became a Laughter Lounge comedy club in 1998. It was demolished in November 2002, together with the adjacent Astor Cinema.