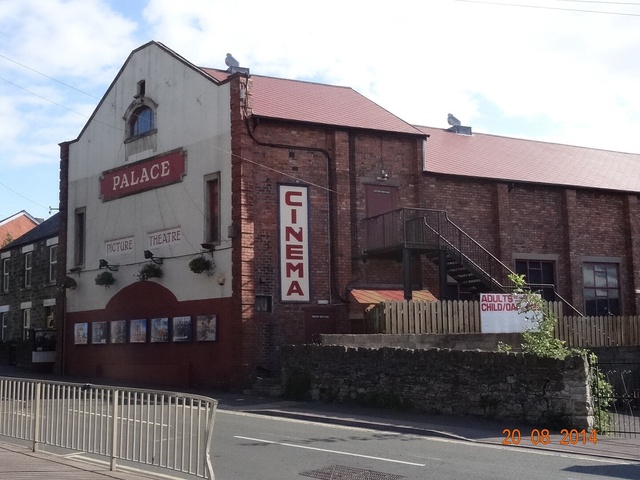 It passed to the control of the Albany Ward Circuit who were to be merged Provincial Cinematograph Theatres(PCT), who then merged with the Gaumont British Theatre chain in 1929.

Again damaged by fire in 1957, the Rank Organisation closed the Palace Cinema. It was taken over by an independent operator who restored the cinema, re-opening it on 5th January 1958. It eventually proved to be uneconomical and was closed in 1966 and became a British Legion hall.

In 2005, a new owner began restoration, and re-opened the Palace Cinema. A second screen was added in the former circle area.

We visited this cinema in August 2014 to watch a movie. The division for the second screen seems to have been very well done. We were in the old balcony, and it was great being so close to all the original ceiling decoration.

The Independent Cinema operator that took over in 1958 was BT Davis who bought it as a job lot of 5 Cinema off Rank. Those included Chepstow. Lydney. Monmouth which the family still own. The fifth at the moment I cannot remember.. age.. Later he took over Odeon’s Henley on Thames and Marlow.