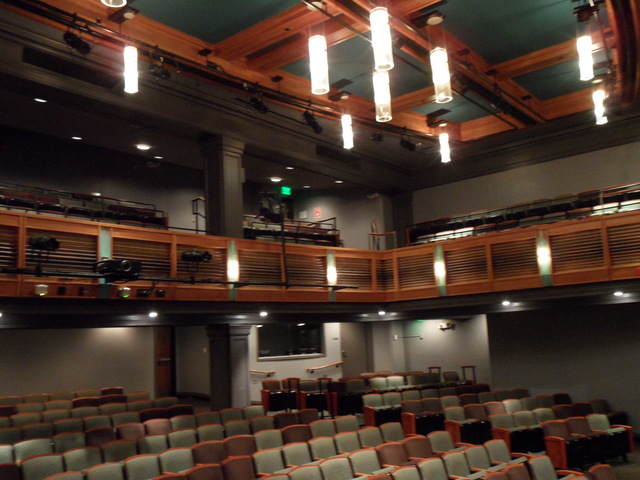 The C. Walsh Theatre is located on the Temple Street side of Suffolk University’s Archer Building (built in 1920) at Derne and Temple streets, directly behind the Massachusetts state capitol building.

It opened on or after April, 1921 as the Suffolk Theatre, the only neighborhood cinema atop Beacon Hill in downtown Boston. It was also just a short uphill walk from the Scollay Square/Bowdoin Square/ Cambridge Street areas.

It operated as a school theater and as a rental house for various Off-Broadway -type theatrical groups. It was closed in May 2016.

Here is Suffolk University’s official web page for the C. Walsh Theatre, with an extensive history of various performers and speakers who have appeared there.

I, too, wonder what the future of this theater is, if the property is sold.

Does this really have 1100 seats? That is much much bigger than what I remember.

The figure of 1,100 seats came from the Donald King Boston theaters book. It probably did have more than 399 seats prior to the renovation project a couple years ago, but maybe not as many as 1,100. Suffolk University’s new Modern Theatre on Washington Street will supposedly have about 185 seats which makes it even smaller than the C. Walsh Th.

Looks like the C. Walsh theatre will be gone soon. Suffolk University is selling the building (and those surrounding it) to a developer who will convert it to residential use.

This theater’s status should be changed to Closed.

for when this link breaks:

Does anyone know if this building is available for sale? If so, please reach out. I have a group looking to renovate and re-open as a dinner theatre.

I thought this had been sold and converted to residential use already?