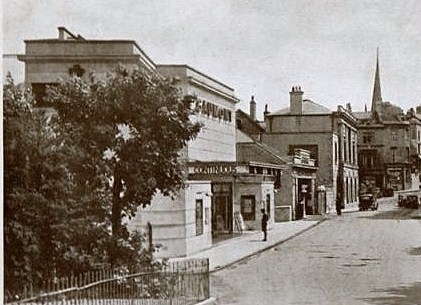 The Gaumont was built for Gaumont British Theatres and Albany Ward-Provincial Cinematograph Theatres(PCT). It opened on 6th February 1939, with 969 seats on a stadium plan, with a raised stepped section at the rear, rather than a conventional overhanging balcony. The proscenium was 32 feet wide.

The Gaumont was taken over by Classic Cinemas chain on 9th December 1967 and was re-named Classic Cinema. It closed just over three years later, on 10th January 1971, and was demolished later that year. A shopping mall and supermarket was built on the site, which also contained a 350 seat cinema, that opened in 1974 as the Westway Cinema.