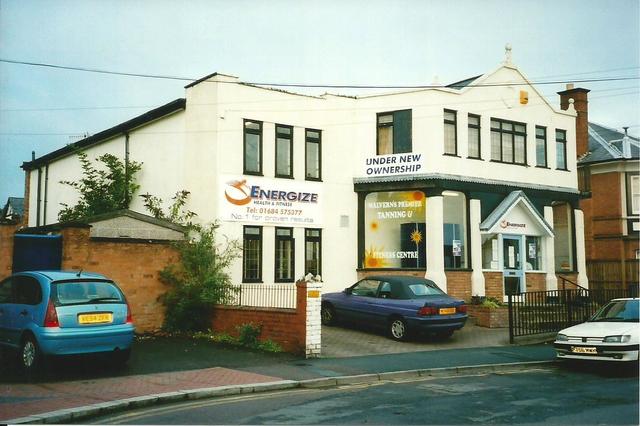 Located just 2-miles from Malvern in a community named Malvern Link, Worcestershire. The Palladium Cinema opened in 1918 and was operated by George Bratt. There was five stone balls located along the top of the façade and seating was on a single floor. By 1936 it had been re-named Malvern Link Picture Theatre and the proprietor was F. Banfield. Around this time a small balcony was added, which was supported by four pillars and iron fire escapes leading from the upper section, hung from the exterior of the building. Hardly state-of-art cinema building in the 1930’s, although it did promote itself as ‘the small talkie house with the large reputation’.

It was later taken over by Ad-Visers Ltd. who operated the Malvern Cinema and adjacent Malvern Theatre and in the 1944 Kinematograph Yearbook it was announced that the Malvern Link Picture Theatre was ‘under reconstruction’. This seemed to be an ongoing event, which kept recurring in Kine Yearbook editions through to 1954. However the cinema was still operating up to that year and closed shortly afterwards, without any reconstruction occurring. The building became a store for the A B Seed Company Ltd.

In May 2006, it was announced that the building was in use as the Energize Health & Fitness Centre and proposals were being considered for it to be included on a local list of buildings of historical importance.