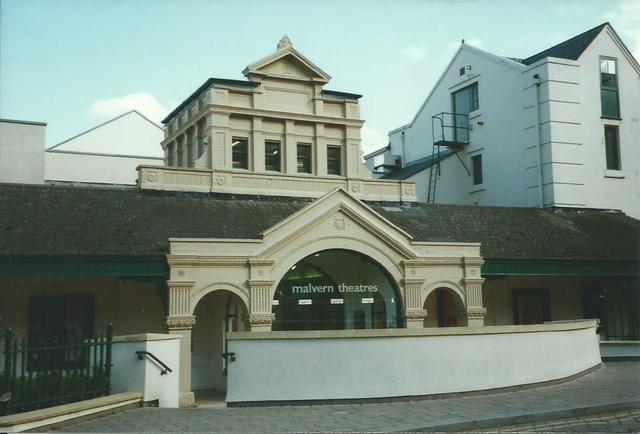 The Assembly Rooms opened on 1st July 1885. Seating was provided for 650 on a flat floor and performances of plays, pantomimes and Gilbert & Sullivan operas. Film programmes were introduced in 1914 and by 1918 it was operating as a full time cinema.

It was decided by the owners to erect a purpose built cinema next door, and this opened in 1921 as the 650 seat Picture House (today operating as the Malvern Cinema).

The Assembly Rooms were converted into a theatre in 1929. It was designed by Worcester architect A.V. Rowe, and had seating for 904. The floor was raked and a balcony had been added and also the proscenium arch was widened. A stage house was built at the rear and the stage was 30 feet deep with eight dressing rooms. The Theatre was equipped for film performances from the beginning and private guests had a sneak preview of the building on 15th August 1929 when the film "The Kinhs Highway" starring Matheson Lang was screened. The theatre also contained a cafe for the convenience of its patrons.

By 1937 it was in regular use as a cinema, together with the adjacent Picture House and this situation lasted until after World War II. Later reverting back to theatre use, both buildings were taken over by the Malvern Festival Theatre Trust in 1964.

The Malvern Theatre then went from stength to strength, hosting actors of the calibre of Charlton Heston, Richard Drefuss, Diana Rigg, Leslie Neilson, Donald Sutherland and Sir Derek Jacobi. It was re-furbished in 1997-1998 and now has a seating capacity of 850.