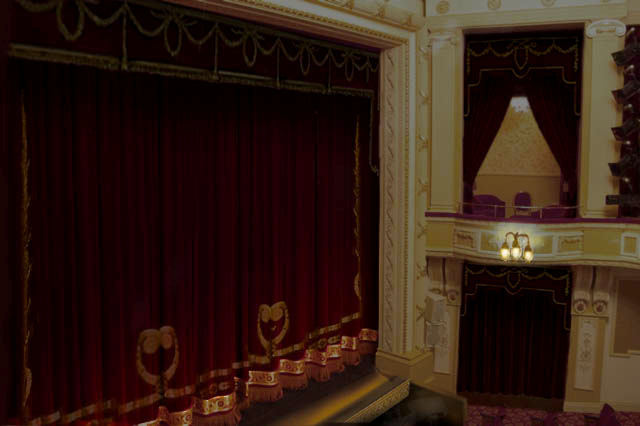 The Palace Theatre opened in August of 1913 with the film “In a Fix” starring Asta Neilson plus a variety show on the stage. It was designed by noted theatre architect Bertie Crewe as a live theatre and also for cinema use, as it had its own purpose built ‘Bioscope’ box. The original seating capacity was for 690.

The exterior has a stuccoed façade in a Neo-Classical style. Inside the auditorium, there is a single balcony and a box on each side of the rectangular proscenium arch, which is 22 feet wide. The stage is 20 feet deep and there were originally seven dressing rooms (additional ones have since been built).

In February 1929 it became the Palace Super Cinema, reducing live performances in its programming. The Palace Theatre briefly went back to live theatre use in 1954, but was closed in May 1954. One year later it opened as a roller skating rink with the former stalls floor now levelled to stage level. In 1959 it became a dance hall.

The Palace Theatre opened again as a live theatre on 11th September 1971 and continues operating today. It is a Grade II Listed building.

A photo of the auditorium, taken just after the theatre had closed for a major refurbishment and restoration in 2005, can be seen here.

An 18 month closure for a thorough refurbishment, including demolition of the 1950’s foyer block, and replacement with a modern larger foyer and bars, together with a lavish restoration of the auditorium and stage was completed in 2006.