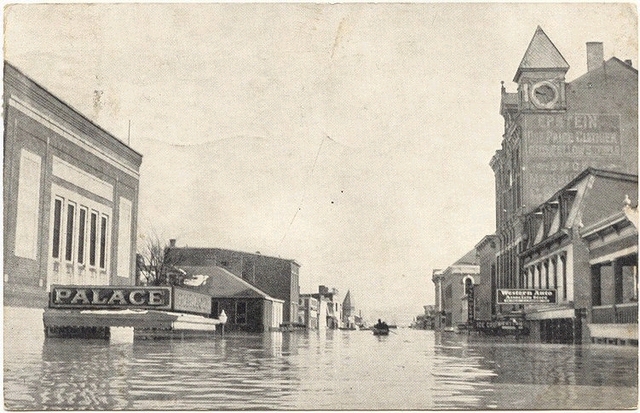 The Palace Theater dates back to 1921.

This item from the June 4, 1921, issue of The American Contractor is probably about the Palace Theatre:

George E. Rendigs, Robert R. Panzer, and James A. Martin formed their partnership in 1920. Prior to that, Rendigs had been the building engineer for the City of Cincinnati, while Panzer and Martin were his two principal assistants.

Here is a modern photo of the Palace Theatre in Aurora.