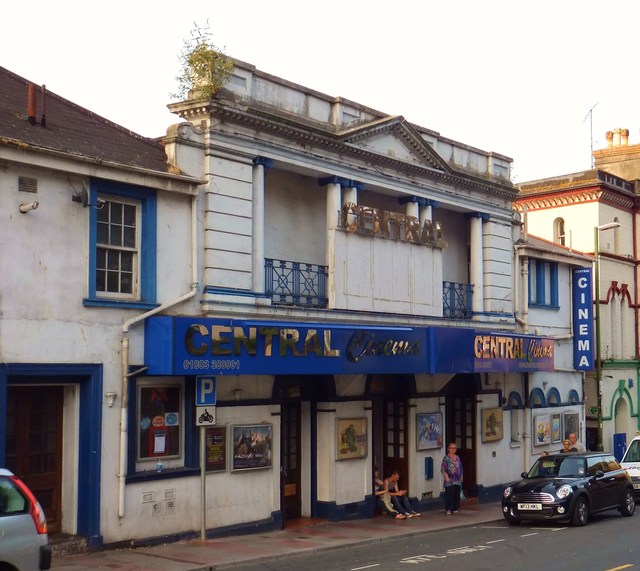 The Winter Gardens was opened in 1878. In 1880 it was extended to the plans of noted theatre architect Charles John Phipps, becoming the Royal Theatre and Opera House which opened in April 1880. Further alterations were carried out by Phipps in 1888. Projection equipment was installed in 1915 and films were added to the variety programme. In 1922, a full-time cinema licence was granted for twelve months. The last live show was held on the stage in November 1931 and the theatre went over to full time cinema use after being remodelled by architects Healy & Overbury of Cheltenham.

In October 1973 it was closed for twinning, and re-opened on 24th March 1974 seating 360 in the former stalls and 309 in the former circle. The Rank Organisation closed the Odeon in November 1999.

It was taken over by the independent Merlin Cinemas chain and re-opened on 11th February 2000 as the Central Cinema. The downstairs screen was tripled in 2001 and now has seating for 122, 78 and 42, with 308 seats in the former circle. It was closed by Merlin Cinemas on March 16, 2022 with Robert Pattinson in “The Batman”.

Merlin Cinemas will move to the New Central Cinema on Union Street which is due to open in April 2022.

In April 2022 it was announced that the Central Cinema building has been purchased by an anonymous benefactor and has been gifted to a local theatre company.

It is announced that this cinema will close in March 2022.