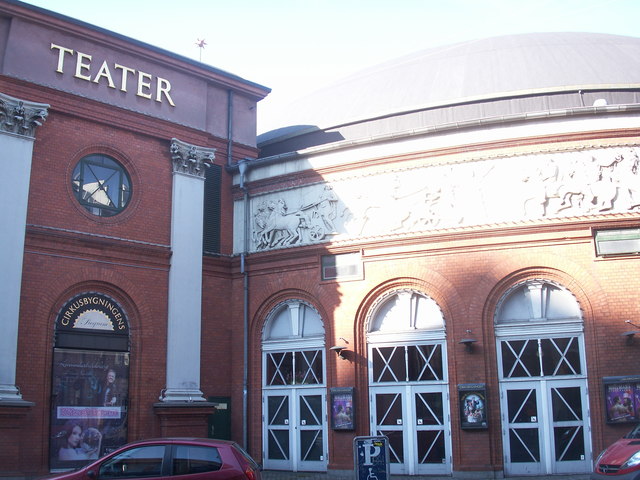 The Cirkusbygningen opened as a circus on 8th May 1886 and is located in the city centre, close to the world famous Tivoli Gardens. It was designed by architect Henrik Vilhelm Brinkopff. In 1898, films were being screened as part of the variety shows which were then being staged in the building.

In 1914, it was destroyed by a fire and was re-built to the plans of architect Holger Jacobsen. The exterior has a terra cotta frieze by sculptor Frederik Hameleff, depicting Alexander and classical horse racing. Re-opened in 1915, circus was again one of the attractions as well as film shows during Winter months.

Later it became a full time cinema and was re-named World Cinema. It was modernised in 1939 to the plans of architect Ernst Kuhn and had Art Deco style relief panels on each side of the proscenium, which were the work of designer Olaf Staer Nielsen. The World Cinema was closed in March 1982 and the building was fully restored during 1982-1984.

Since 2004, the building has reverted back to its original name Cirkusbygningen, and is in use as a cabaret theatre, operated by the Wallmans group.