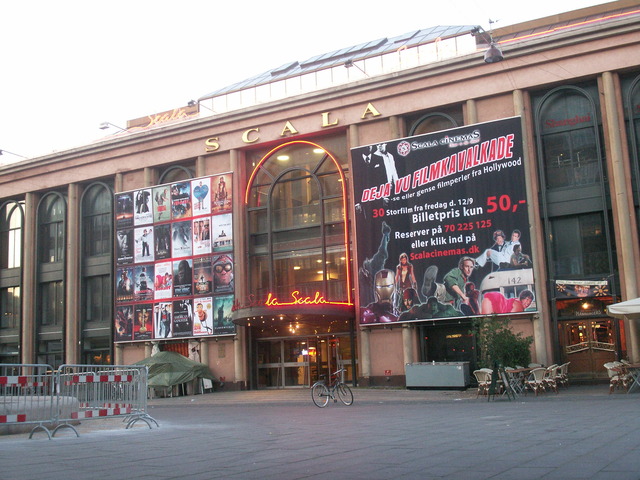 Located in the centre of Copenhagen, across the street from the main entrance to the world famous Tivoli Gardens. The Scala Biografen is on the third floor (top floor) of a shopping centre and opened as a 5-screen cinema on 9th March 1989. The seating capacity was for 1,036: Screen 1 - 400, Screens 2 & 3 - 230 each, Screen 4 & 5 - 88 each. In 1992, two additional screens were added that each seated 72, bringing the total seating capacity up to 1,180. The Scala Biografen was closed on 30th June 2001. In turn, one by one the shops in the centre also closed.

As seen in September 2008, renovations were being carried out in the shopping centre, but no retail units were open, the centre looking totally dead by day and even by night with the cinema open, there wasn’t much sign of business. It had closed by 2020.