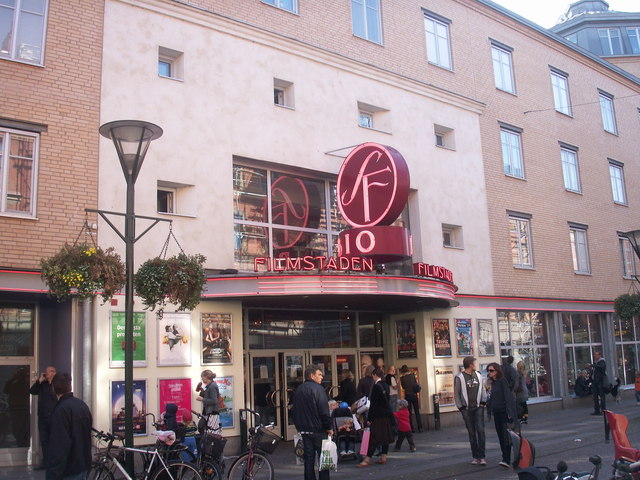 This 8-screen multiplex opened in the centre of Malmo on 13th November 1998. Designed by architect Svante Lundquist, the interior was designed by Lisa Mannheimer.

The foyer has cherry-wood walls and there is a large neon sign located above the stairs. The upstairs foyer contains an internet coffee-shop and a licenced bar. All eight auditorium are THX-approved and are named after former Malmo cinemas.

The largest auditorium, which is named Scania and seats 330, is of particular interest. It contains the elaborate Oriental designed screen curtain, designed by Isaac Grunewald, that was originally hung in the now closed-down Draken Cinema (1938-1996) in Stockholm. The curtain is framed by a canopy of dark velvet drapes, which have ‘twinkling stars’ woven into the fabric.