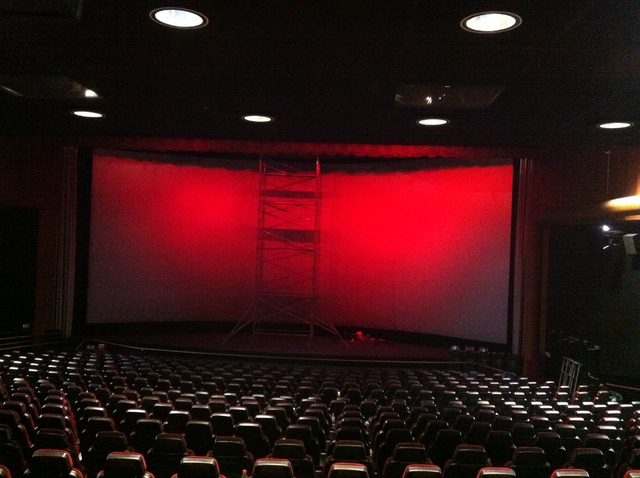 The last single screen cinema in Malmo, and the largest cinema screen in Sweden. The Royal Cinema opened on 16th March 1961 with “Windjammer” presented in CineMiracle" and had 754 seats. It is THX approved and was equipped to project 16mm, 35mm and 70mm film. The seating capacity was later reduced to 682.

In April 2011, it was undergoing restoration after having been threatened for many years. It re-opened on 17th May 2011 with a midnight screening of “Pirates of the Caribbean”. Today projection is done digitally by a Barco DP4K-32B and Dolby DSS-200. The screen is still deeply curved and is 65 feet x 25 feet (20 x 8.6 meters). There are now 498 seats, plus 3 spaces for wheelchairs. 60 of the seats are leather recliner seats at rows 8 and 18.

Originally opened on 16th March 1961 with the Cinemiracle production “Windjammer”. It had an original seating capacity of 754 (all on one floor) and the architect was Sven Gronqvist.

Today, the Royal Cinema operates as a THX approved cinema and has the largest film screen in Sweden (measuring 20 x 8 metres)