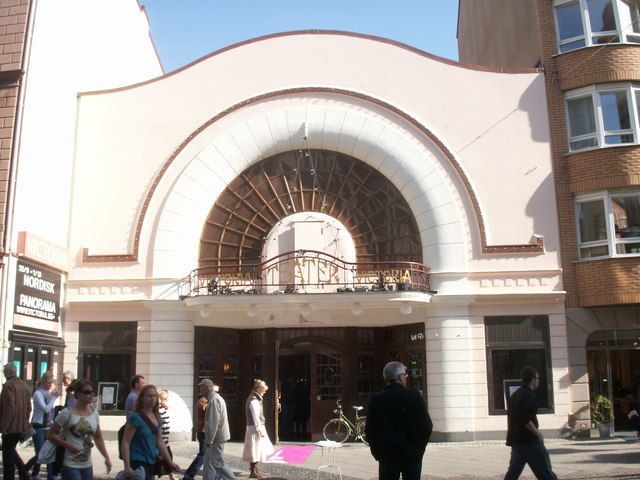 The Victoria Teatern opened on 9th September 1912 with a seating capacity of 500; 300 in the orchestra and 200 in the balcony. Designed by architect Axel Stenberg in a variation of the Art Nouveau style, known as Jugendstil. The inspiration for the decorative style possibly came from American architect Louis Sullivan.

Inside the auditorium, there were originally enormous aquaria on each side of the proscenium. At the time of opening, the Victoria Teatern was regarded as one of Malmo’s most elegant cinemas.

During the 1940’s and 1950’s it went over to variety theatre use. Svensks Filmindustri(SF) took over in the late-1950’s and it returned to film use. SF moved out in 1974 and it became home to independent music and theatre groups. In the 1980’s, the Bio Kontrast' organisation took over and now independent films and film festivals alternate with variety shows and concerts.

The auditorium has been altered from its original decorative design, and now has a reduced seating capacity of 145 in the orchestra and 45 in the balcony levels.