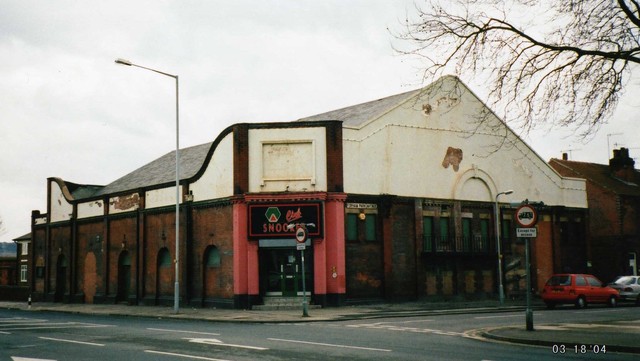 The Premier Picture Palace, situated on the corner of Kimberworth Road and Fernham Park Avenue opened on 9th December 1912. Entrance to the cinema was facing Fernham Park and the Premier Picture Palace was built with the latest up to date features including 1,100 tip up seats on a single raked floor. It was leased by G.E. & G.W.Smith of the Rotherham Hippodrome and built to the designs of H.H. Alien of Manchester by the Leeds firm of William Airy & Sons. Built of brick with a semi-circle ornamental facade on the upper part of the frontage, the auditorium measured 84 feet by 67 feet with a proscenium width of 30 feet. The projection suite was entirely fire proof and built completely independent of the main auditorium.

Films played Mon-Wed with a change of programme Thurs-Sat. Sound was installed on 8th July 1931 using the B.T.H. system and Eddie Cantor in “Whoopee” was the first talkie film shown.

In 1956, the Premier Cinema as it was now known, became part of the Leeds based Star Group of Cinemas, who closed the cinema on Saturday 14th January for their ‘complete remodernisation’ scheme which involved new seating, carpets and of course a ‘Cinemascope’ screen and reopened on 30th January 1956 with Walt Disney’s “20,000 Leagues Under The Sea” starring James Mason.

On Sunday 2nd July 1961 Sunday Bingo sessions were introduced, extending to Monday, Tuesday & Wednesday from 28th August due to the popularity of the game. Films were continued to be shown on Thursdays, Fridays and Saturdays along with the Star Juniors Club on Saturday afternoons. On the 30th October 1961, apart from the Saturday Juniors Club which continued until 4th September 1962, films were abandoned completely in favour of bingo and the Premier ran as a Star Bingo Club until July 1984.

The cinema was then converted into a snooker club from 5th December 1984. Alterations were made to the frontage and the building lost its semi-circle facade. In 2008 it is still open as a Riley’s snooker hall.