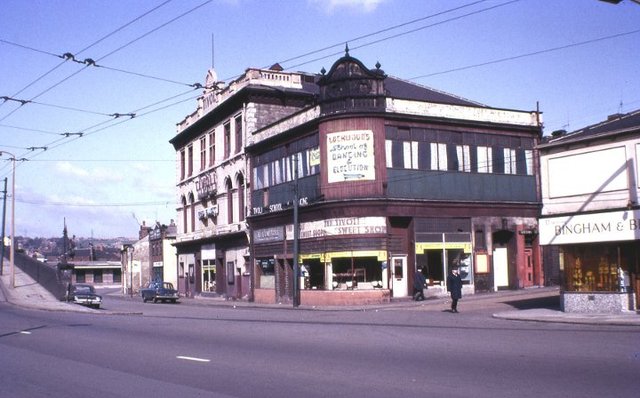 The Tivoli Cinema was built in Masbrough Street, opposite Coronation Bridge and opened on 5th April 1913. The owner was a Mr C.H. Lord of Bradford who traded as Tivoli Pictures Ltd.

The cinema was converted by Rotherham based architect J.E. Knight, from the business premises of a Henry Bray & Co.Ltd. The entire interior was rebuilt. The entrance was in the centre of the facade and led into a spacious Italian style vestibule paved with marble terrazzo with steps of the same material on either side leading up to the balcony. Two swing doors led into the stalls. The balcony was constructed by installing a four feet deep girder which spanned the entire width of the building. The balcony was stepped in raised tiers to give every seat a perfect view of the screen. A promenade ran across the rear of the balcony to make easier access. The front of the balcony was decorated in fibrous plaster work. A rake was added to the stalls floor to give all seats in that part of the cinema a perfect view of the screen. The auditorium was decorated in an Adam style, in colours of warm cream, white and pale blue tinged with gold. The walls were adorned in plaster pilaster panels, surrounded in plaster mouldings surmounted with masques of ‘Comedy’ & ‘Tragedy’. The screen was framed in twin mouldings of gold. Externally, all the old windows were removed and leaded light windows were inserted. Two electric ‘Tivoli’ signs were erected – one above the entrance and one on the roof making the cinema visible from some distance. Seating was for 630 – 500 in the stalls and 130 in the balcony.

The Tivoli lasted in this form until May 1931 when it came into the ownership of the Westminster Picture Palace Company. It was closed for nearly two months for complete remodernisation, reopening on 1st August 1931. Re-designed by the well known Scarborough based architect Frank A. Tugwll and Chadwick & Co of College Road Rotherham were the contractors. The cinema was entirely redecorated in colours of lilac and carmine with silver & gold glazes and dadoes in blue. The seating was replaced and almost doubled to around 1,100. Sound was installed using the Western Electric system and the first talkie shown was Marion Davis & Lawrence Gray in “The Gay Nineties”. An adjoining shop was converted into a lounge and advance booking office, while another shop unit became a hairdressing salon.

Cinemascope was installed at the Tivoli Cinema in 1955 and “The Purple Mask” was the first ‘scope’ film shown on 1st December 1955. Closure came on 31st January 1959 with the final films being Alan Ladd in “The Proud Rebel” and Dean Jones in “Handle With Care”. The building was soon taken over by Fred Elliott as a furnishing warehouse and showroom. When they moved out in the early 1970’s the Tivoli Cinema was left to rot and looked in a very sorry state. In March 1987 plans were announced that a company called Casara Leisure were going to spend Â£500,000 converting the Tivoli Cinema into a night club, but these plans fell through. In 1988 it was purchased by Ken Booth, a chairman of Rotherham United Football Club and demolished in July 1989. The site was used as a car park.

Yes, you’re right. It is Masbrough Street.Sorry. Should know, I was born near Rotherham!