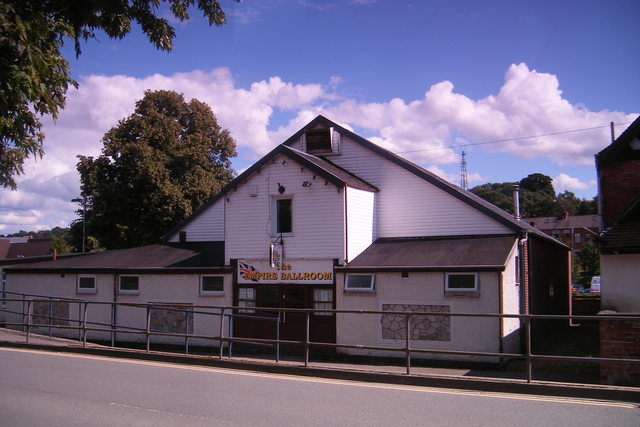 Opened in 1912, the Empire Cinema was Ashbourne’s first cinema, located between the bus station and the train station in the centre of the town.

The exterior had an elaborate mock Tudor half timbered frontage, with a central second storey that housed the projection box. The interior was very plain, with exposed steel roof supports and there was seating for 550 on a gently sloping floor.

A second cinema opened in Ashbourne by 1929 (The Elite Cinema).

The Empire Cinema closed in 1959 and became the Empire Ballroom & Events Centre.

It has not dramatically changed in appearance over the years, apart losing the Tudor effect timbers which have been replaced by plain timber cladding.

In 2007 film screenings started again and have proved popular.

Some more details and an exterior photograph on the Theatres Trust database here:
View link

As it is today

press advert from 1948 for the Empire and the Elite which were both run by the same local proprietor Frank S. Bromwich

some more photos of the empire