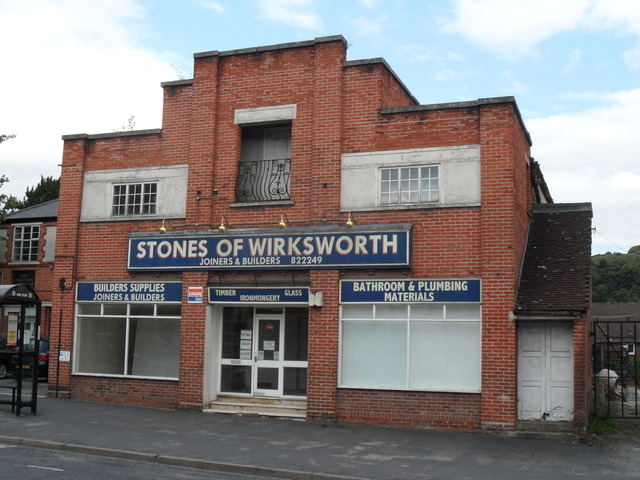 Located in Wirksworth, near Matlock, Derbyshire. The Wirksworth Cinema was opened on 11th March 1935 by Billy Alton. It was a purpose built 525-seat cinema, and had a the Cavendish Cafe & Dance Hall attached to it, which seated 120. It was equipped with a British Talking Pictures(BTP) sound system. This was replaced by a G.B Duosonic sound system around 1945. It was equipped with CinemaScope in 1955.

The three scanned photos, uploaded on 27 August, were taken during my first visit, in July 1999. The photo of the former projection box shows Dave Gold, then the projectionist at the Metro, Derby, explaining the purpose of the metal fire shutters to the building’s owner (who had said he had wondered what they were for!).