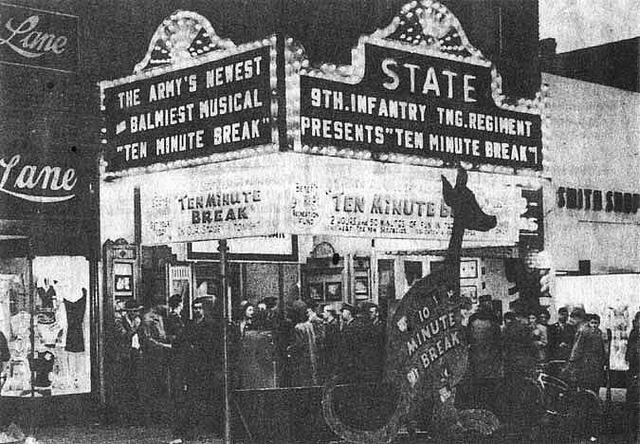 The Rex Theatre opened in 1917 and closed in 1929 for conversion to sound pictures. It did not reopen until 1934 when it’s name became the State Theatre. In 1970, the State Theatre was renamed the Capri. It was partially destroyed by fire in 1971 and although it could have been restored, it was left a ruin.