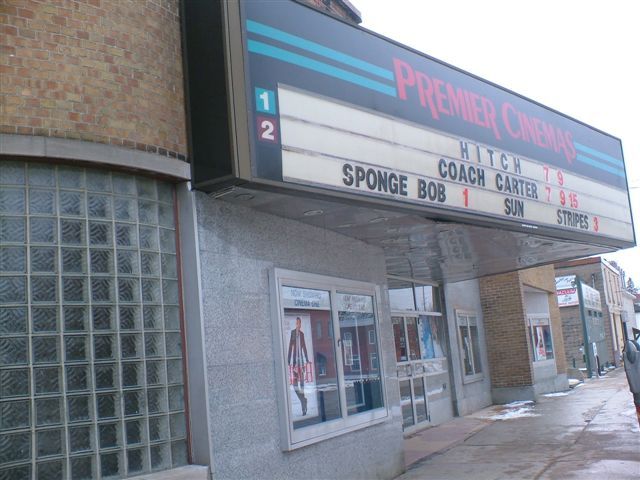 The Soper Theater opened around 1950 with 964 seats. It was twinned in 1990 with a reduction to 700 seats. In 1995 the theater was renamed Premier Cinemas. Some advertisements place the duplex at 11 Main Street West instead of 15.