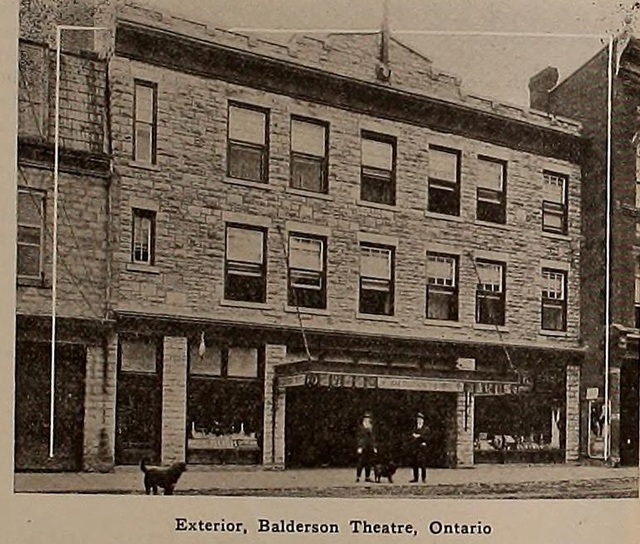 Built by Col. Balderson in 1915. Had a large balcony and 1,000 seats, which was the largest between Toronto and Montreal. Vaudeville and Repertory stage which often featured local legends the ‘Marks Brothers Company’ while taking summer breaks from their North American travels. Harry Houdini also played here. Movies were shown here until roughly 1960, when the theatre closed (Premiere Theatres was the last operator). This was the last commercial cinema to operate in the town of Perth not counting the drive-in (which remains operating a few miles west of town).

Now a Home Furniture store with many of the theatre features in excellent condition.

I think this should read MARKS BROTHERS not MARX BROTHERS. The Marks Brothers were a theatrical troupe (actually multiple troupes) from the Perth, Ontario, area. They traveled throughout Canada and northern United States in the late 1800s and early 1900s. The Marx Brothers were those funny guys who made movies and were from New York (not Canada). They also did Vaudeville shows back when they (the shows) were popular.

The original architect of the Balderson Theatre was Andrew Stuart Allaster(Biographical Dictionary of Architects in Canada.) The house underwent major alterations in 1930, with plans by Ottawa architect Cecil Burgess.