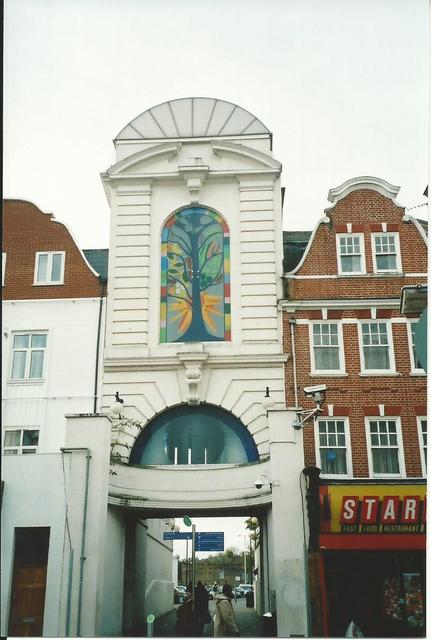 Located in the south-east London district of Peckham. The Tower Cinema was opened on 19th November 1914. designed by architect H. Courtenay Constantine, it was very similar to his cinemas built at the Angel, Islington and at Kings Cross in north London, all featured a 100 feet tall tower as an entrance.

Inside the auditorium of the Tower Cinema, the seating was arranged in stalls and circle levels, and there were six private boxes located along the side-walls of the circle. There was an electric lift to take patrons up to the circle level (as well as the normal stairs). The Tower Cinema was equipped with a Norman & Beard 2Manual organ and the stage was 14 feet deep, allowing for cine-variety perfomances.

The frontage of the Tower Cinema was modernised in October/November 1955, and the cinema was closed on 1st December 1956 with Tab Hunter in "The Burning Hills" and Angela Lansbury in "Please Murder Me".

The auditorium was demolished and became a car park. The tower of the entrance was shortened and began use as a public passageway through to the car park.