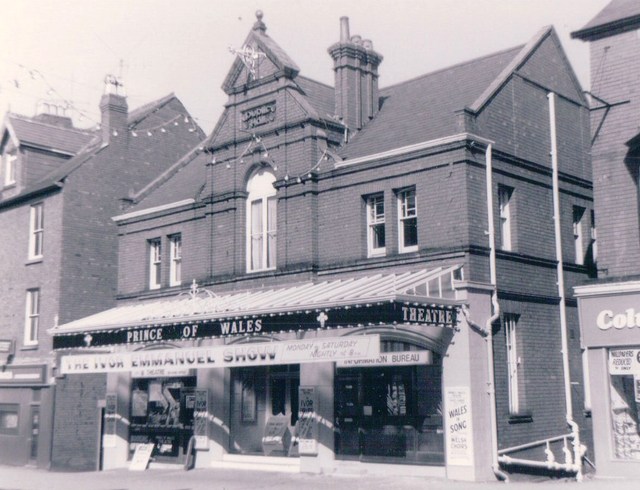 The Public Hall was built in 1895 and was one of the first buildings to screen films in the area after the Cinematograph Act of 1909 came into force. It was re-named Rialto Picture House in 1926, with a seating capacity of 560. Equipped with a 24 feet deep stage and two dressing rooms, occasional variety shows were staged. The cinema also had a cafe. In 1930, the Rialto suffered a fire and was repaired, re-opening as the New Rialto Cinema. The Rialto was closed sometime during World War II.

It re-opened later and continued to screen films, but was also used as a repertory theatre. The Rialto was closed in 1958. It was purchased by the local Council and was refurbished, re-opening on 11th June 1959 as the 443 seat capacity, Prince of Wales Theatre. It operated as a repertory theatre until May 1991. Taken over by the local Council, the name was changed to Theatr Colwyn.