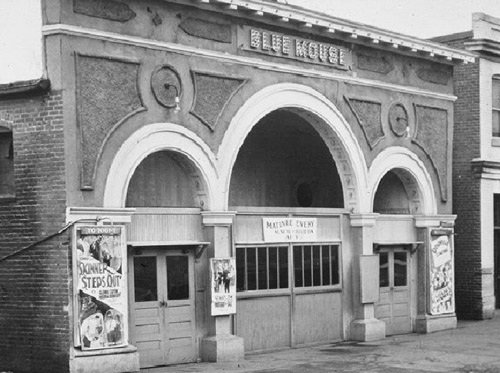 Opened as the Blue Mouse Theater in 1910. By 1915 it was operating as an African American theater. The name was changed to Mott Theater in 1932 and operated into the early-1950’s.

In 1954, the closed down theater was leased by Georgetown-on-the-Aisle, and live plays were performed. It has since been demolished.