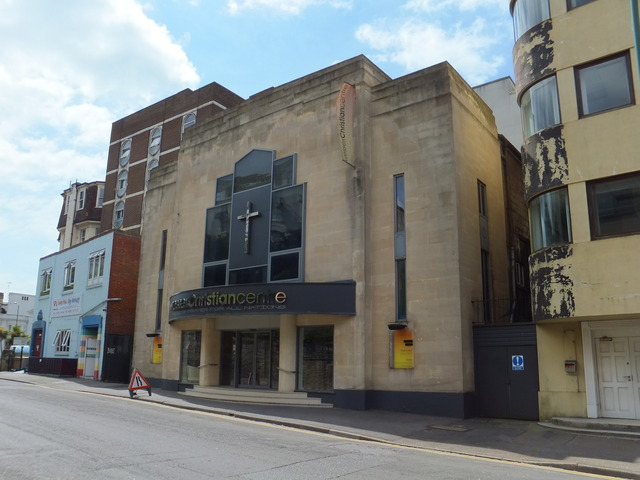 Originally opened as The Palace Court Theatre in June 1931 as the venue for Bournemouth’s amateur drama company, The Little Theatre Club. It was designed by the architectural firm Seal & Hardy. For many years the theatre was the focal point for local drama but by the 1960’s, rising costs meant that the amateur drama company could no longer afford to run the theatre. In 1970 it was sold to Louis I. Michaels' LM Theatres.

The former Green Room on the lower ground floor was converted into the Galaxy Cinema whilst the main 595 seater theatre was remamed as the Playhouse Theatre and operated as a repertory theatre. But dwindling attendances meant that the Playhouse became a full time cinema like the Galaxy.

In 1983, the Playhouse staged its first live show in years when the national tour of “Joseph And The Amazing Technicolour Dreamcoat” visited the Playhouse. However, it was closed during the Summer months since securing first run films for the two venues was proving difficult. On the death of Louis I. Michaels, the theatre was sold to the Wessex Christian Theatre for use as a Church.

The 595 seater theatre remains virtually intact whilst the Galaxy cinema has been converted into a lecture room and a kitchen in the former projection room area. On visiting the building in 2002, the Galaxy’s original screen was still in place.

There is an interesting planning consent here. The church was granted a “su generis” consent which means that it applies only to the current users. If the building is ever sold again it has to be sold as a theatre / cinema, and the church are not allowed to make any changes to the building which could prevent or make difficult a return to entertainment use.

I appeared on the stage of this lovely theatre many times in the 60’s and 70’s. Thank goodness it has been preserved.

The well-loved British film star Jessie Matthews appeared here in the Alan Melville play “Castle in the Air” in the early 1950s.