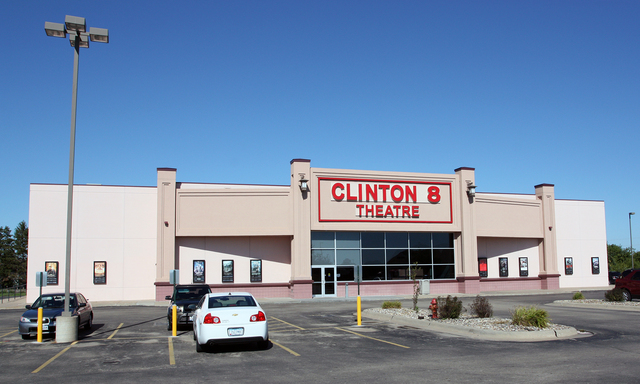 On their website it is listed as the Clinton 8 Theatre and not Cinema.

This article from the November 30, 2003, issue of the Quad City Times, about the end of Capri III, Clinton’s last remaining downtown theater, said that Cinema Entertainment Corporation had opened its replacement, the new Clinton 8 Theatre, in October, 2003.