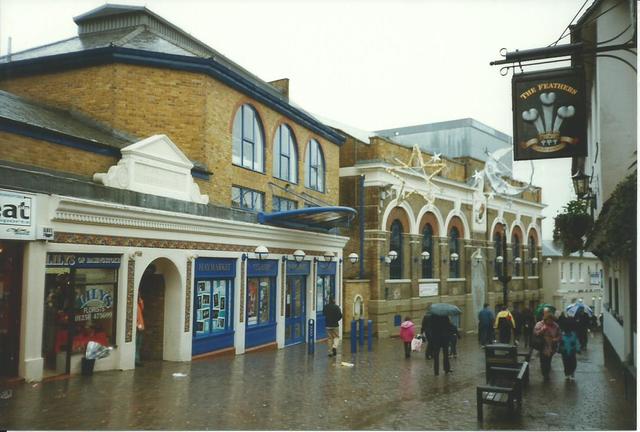 In 1865 the Corn Exchange was opened, later used as a roller skating rink, it was converted in 1913 to a cinema and music hall.

Gutted by fire on 16th May 1925, it was rebuilt using the surviving exterior walls and continued as the Grand Exchange Cinema with a seating capacity of 598. It was operated by Union Cinemas chain in 1937, then Associated British Cinemas(ABC) from October 1937 until around 1939, when it became chiefly a playhouse.

It was renamed the Haymarket Theatre in 1951 and has been remodelled several times over the years, first in 1983, the more specifically in June 1992. The interior now has a modern design, unconnected with its previous appearances.

A photograph taken in March 2009 can be found here:–