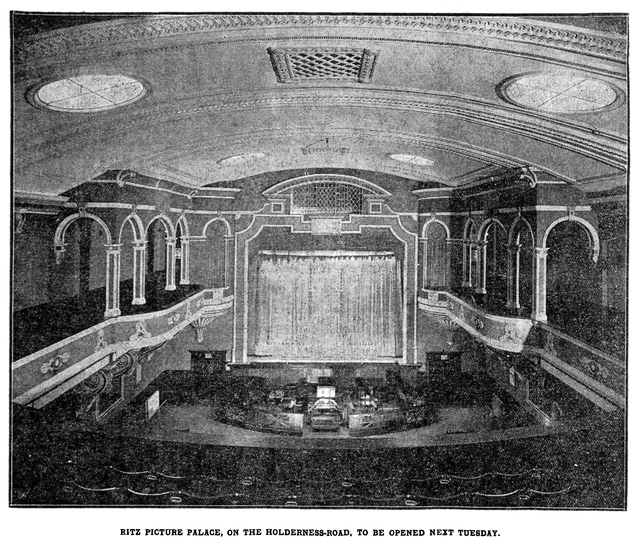 Located on the corner of Holderness Road and Brazil Street, the East Hull Picturedrome was opened on 7th September 1912. It was modernised and enlarged in 1928 by the architecural firm Blackmore & Sykes. It re-opened as the Ritz Cinema with Pola Negri in "Barbed Wire" on 17th April 1928. The Ritz Cinema was equipped with a Wurlitzer 2Manuals/6Ranks organ that was opened by J.T. McDougall. Projection at the Ritz was via rear projection, the projection box being located on the stage behind the screen. The cinema also had a restaurant.

On the night of 8th May 1941, the Ritz Cinema was destroyed by a German land mine, which created a crater 60 feet wide on Holderness Road. Happening over-night, there was no-one inside the cinema, but unfortunately many people were killed in the air raid shelter adjoining the cinema.