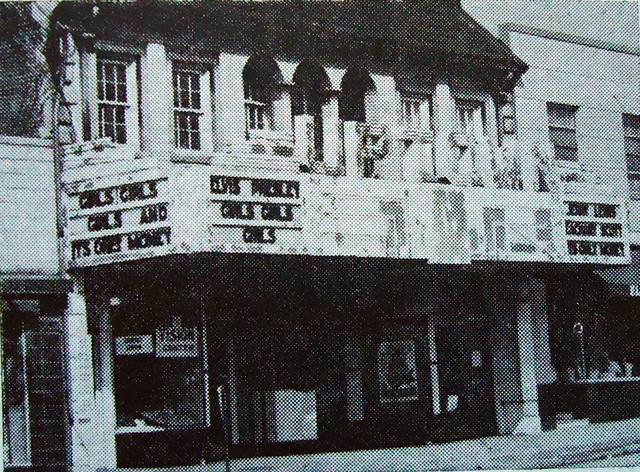 Saddly here it is 2015, and the Uptown still stands empty. Sooner than later it will have to be demolished. Saddly the area that it is located in is drug infested and dangerous to travel in after dark, so even if it did reopen, it would not draw anough people to make it a viable enterprise. That was one of the reasons why the theater group that was using it left and now performs at one of the downtown theaters … there are 4 live theaters in the downtown area.

The Uptown was a gem of a theatre! It has been an important part of area theatre history. It’s among the last classic Y'town cinemas still standing. It hurts to think about how many great theatres in Y'town (Palace, State, Liberty/Paramount, Newport, etc., etc.) are gone and forgotten by many.

I agree Jack. Youngstown has more than it’s share of movies over the years, and the Mahoning Valley Historical Society is in the process of compiling a collection of them all. I never was in the Uptown so I don’t know what it was like, but I know that at one time the people who owned the Uptown also owned the Mahoning Theater just as the Cameo and State were early on coupled in the newspaper ads.

Was the Uptown a classic movie palace? I don’t think so when compared to the Warner or Palace, but for a neighborhood,it was above average.

Linkrot repair: The before-and-after photos of the remodeled facade of the Uptown on the cover of Boxoffice of May 1, 1967, can now be found at this link. The remodeling was done in 1966.

It seems likely that the original facade is still mostly intact behind that false front (which looks to be an anodized aluminum grill), as the grill extends out a couple of feet from the front of the building. Restored, it would add a touch of glamor to this fairly plain block.

Even the Mahoning County Commissioners were forced to close the County Annex building that was near the Uptown because of the crime problem on Market Street.

There was a major fire that destroyed a couple of the buildings next to the Uptown Theater and no doubt there was smoke and water damage to the theater considering the fact that it took the fire departmant several hours to get it out. No doubt that considering the fact that no one is doing anything with the theater, that it will be placed on the list of buildings to be demolished.

UPDATE – Good news, the Uptown did not sustain any damage from the fire, and the new owner was in there checking over everything to see if it could be brought back to life.

Here’s a cool video on the history of the theater.

Ytown Theater , I am looking as to owns the uptown theater , i would like to do a ghost documenting on the place , just using cameras and doing a walk through i need to get access do you know any where i could start looking for access. Thanks any info is needed and wanted.