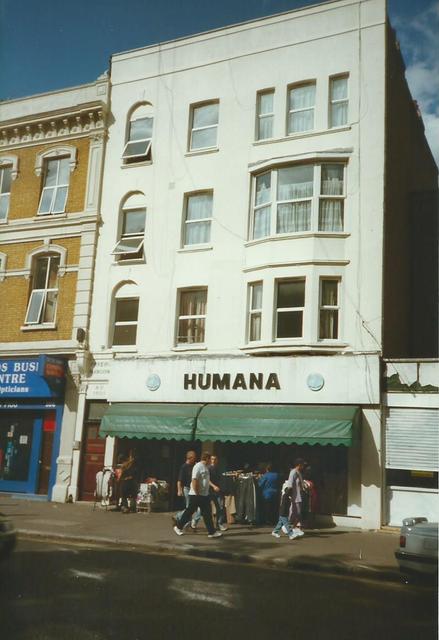 Located in the west London inner city district of Shepherd’s Bush, on the north side of Shepherd’s Bush Green in a building named Pereira Mansions which dates from 1905. The Electric Cinema was opened on 26th December 1907. In January 1910 alterations were carried out to the plans of architect Melville S. Ward representing Electric Theatres (1908) Ltd. By 1918, it had been re-named Star Cinema.

The Star Cinema closed in 1923 and reverted to retail use. In the late-1990’s it was a shop named ‘Humana’ and in 2009 it is a branch of Sainsbury’s Local supermarket.