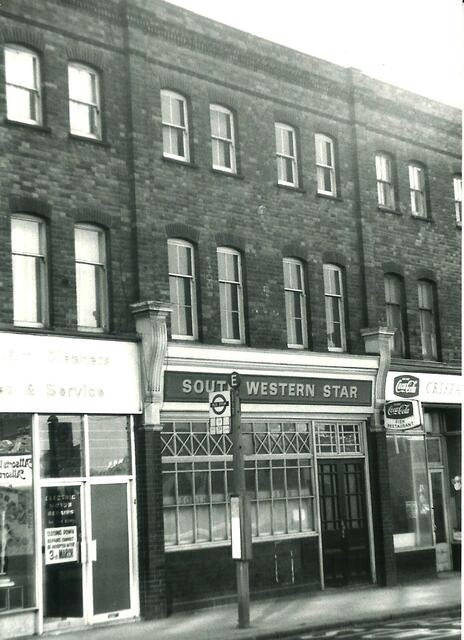 Located in the south inner city distict of Battersea near to Clapham Junction Railway Station. The Electroscope Palace opened on 23rd December 1908. It was operated by Fabbro & Co. electrical engineers. It was very popular, and closed on 20th June 1909 for rebuilding and enlargement, re-opening on 29th July 1909 as the Dreadnought Electroscope Palace with a seating capacity of 500.

In 1914 it was re-named Falcon Picture Palace and the seating capacity had been increased to 750 in 1915. It was closed in 1917, possibly due to World War I conditions. In the 1920’s, the building was taken over by the Wandsworth & South Western Star newspaper as their offices.

Since demolished, in 2009 an office block occupied by PCS trades unions stands on the site.